Insect Frass vs Worm Castings – Which is Better?

If you are seeking a more natural alternative to chemical fertilizers or you do not want to feed into unsustainable manure fertilizers, you may have come across organic fertilizers, such as insect frass and worm castings. So now you are at a crossroads, which should you choose for your plant, garden, or lawn? Continue reading down below to see what each of these are, how they are used, and a comparison of their characteristics.

What Are Insect Frass? 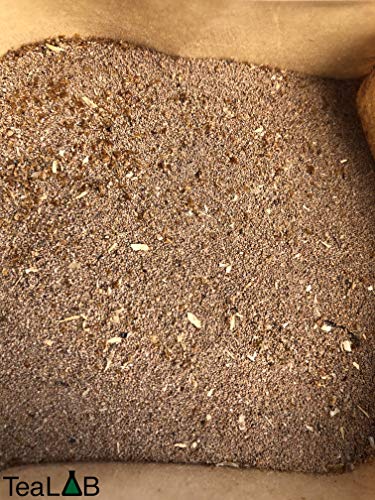 Insect frass is the feces of any type of insect used as a natural soil additive and compost. Insect frass consists of the plants that the insects had eaten and then digested. As a result, the nutrients from the plants are returning to the soil and eventually back into the new growing plants. Insect frass can range from cricket frass to mealworm frass or mealworm castings.

Using insect frass in gardens will help to add nutrients to your soil. Insect frass contains nitrogen, potassium, and phosphorus, which are beneficial to the soil. The insect frass will change the pH level of the soil, which is beneficial to different types of plants, such as trees and shrubs. In addition, due to the small size, it is very easy to add to the soil.

Insect frass can be used from any type of insect. Regardless of the type of insect, the frass will have macro and micronutrients that will be beneficial to the soil and your plants. It may not contain a large percentage of nutrients as would be found in manure from mammals and birds, it is considered to be more sustainable as insects reproduce at m quicker rates. This allows for insect frass to be collected in a smaller space with high yields. In addition, due to it coming from nutrients that came originally from plants, these nutrients are being transferred back to the plants with nutrients that are specifically able to strengthen the plant.

Beyond just the feces of the insect, many forms of insect frass also include insect exoskeletons, which contain chitin. Insect frass is also a source of chitin from plants due to often containing insect exoskeletons. This is a very important molecule that allows for the cell walls of the plant to be strengthened and fortified. This helps to trigger the immune system of plants when they are being fed upon by insects or affected by pathogens in the soil. Chitin helps plants to know and boost their defense by building their cell walls and releasing toxins. While not technically a pesticide, it helps plants to fight against pests. Chitin also helps to make the plant resistant to different types of blights and mildew.

What are Worm Castings? 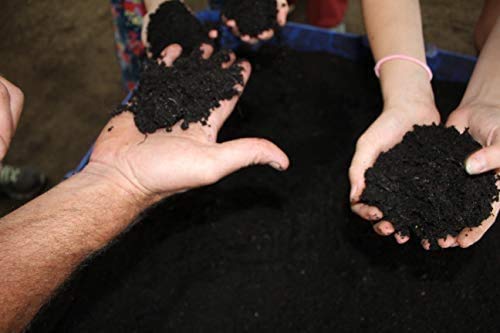 Worm castings contain nutrients that are essential to plants as well as the soil. It is a very versatile fertilizer, able to be used on several different types of plants. Unlike other fertilizers, it can also be used directly on plants and you will not have to worry about burning the plants.

In addition to adding nutrients to the soil and plants, worm castings help the soil become more absorbent and allow plants to have better and more consistent access to moisture. This helps the plants and soils to not dry out as quickly.

Worm castings have been known to increase flower size, the number of blooms, and quality and color. For fruits and vegetables, yields are also known to increase in addition to improvements in taste and appearance.

Worm castings contain nitrogen, iron, sulfur, calcium, phosphorus, and potassium. Since they are so rich in nutrients, worm castings do not require as much or frequent applications compared to other forms of compost. In addition, it has a neutral pH, helping to balance out your soil.

Worm castings can actually help to repel pests, like aphids and spider mites. These pests do not like worm castings and will try to avoid them. By incorporating it in your soil, may help to keep those pests away.

How Is Each Used?

Insect frass can be used in different ways depending on what you are using the insect frass for. You’ll need to mix it into soil or compost, rather than just directly adding it to your garden.

For both of these methods, you can add to the top of the soil every few weeks. This will keep giving added benefits to your garden.

You can also side-dress both indoor and outdoor plants with worm castings. You can do this by placing 1-3 tablespoons of worm castings or more if it is a larger plant at the base of the plant. Dig very lightly around the soil and then water in the worm castings.

Much like insect frass, you can create a liquid fertilizer. Steep worm castings in water for 1-3 days. Once the water is brownish, it is ready. Use this water to then water your plants, giving your grown plants the benefits of the worm castings.

Which Is Better? A Comparison Of Benefits/Characteristics

In addition, worm castings technically should not be used as a stand-alone fertilizer should be supplemented by other fertilizers.

Beyond nutrients in the soil and the plant, worm castings give additional benefits to the soil. Worm castings will help to better aerate the soil and will increase water retention and improve its drainage. Aerating the soil helps to avoid the soil becoming too compact. The soil is more easily able to retain moisture so that plants can remain better hydrated.

Some insect frass is not just feces, but also insect exoskeletons, which themselves give additional benefits to plants. This provides large amounts of chitin to the plants in addition to the insect feces. Since worm castings do not contain insect exoskeletons, the benefits of chitin are not on the table. Chitin helps to fortify the plant’s cells and make them hearty in the face of any pests, but not quite make them pest resistant.

Both offer some form of pest protection. Insect frass uses the chitin of the insect exoskeletons to help to boost the protection and defense of the plant. Chitin helps to send signals to the plant to boost its defense when being fed upon by pests in the presence of pathogens in the soil. In addition, the chitin will bolster the plant’s cells to help them build stronger cell walls and release toxins harmful to pests.

Worm castings naturally repel certain pests, such as aphids, spider mites. They do not like the worm castings and will avoid them. This, again, does not make a plant pest-resistant but does help them to avoid being ridden with certain pests.

Growing and harvesting your own worm castings, while it can be more beneficial in terms of price, does take a longer amount of time. It may take months to be able to harvest enough worm castings to be useful. So considering the time versus money benefit is important when making this decision.

Both are about on the same level when it comes to providing nutrients to the plant and the soil. Both will balance the pH of the soil with its own neutral pH. Both offer some sort of pest protection, but not full pest resistance. Both can be used about the same way for your lawn, plants, and garden.

Insect frass will be the choice for you if you are seeking to fortify your plant cell walls through the chitin in the insect exoskeletons. This will help improve the plant’s defenses again pests through physical cell wall improvement as well as the release of toxins. If you want to use it as a fertilizer on its own, it may be best to select an insect frass fertilizer.

Worm castings will be more beneficial to those who are seeking a cheaper alternative or one that you can source from your own home. You can harvest your own and even if that is not up your alley, you can still purchase worm castings at a cheaper price than insect frass. In addition, worm castings will aid the soil by helping aerate it, improve its water retention and drainage.

All-in-all, worm castings are a form of insect frass. Some insect frass is made of solely insect feces while others are made with insect exoskeletons as well. When making the decision between insect frass and worm castings it is up to what benefits are more important to you.

Organic Fertilizers and its Advantages vs. Chemical Fertilizers What are Worm Castings? What is Vermicast? What is Worm Tea? Benefits of Worm Tea What Do The Numbers Mean On Fertilizer? NPK Ratio Explained

1 thought on “Insect Frass vs Worm Castings – Which is Better?”